12 trailers for upcoming movies and shows we’re excited about 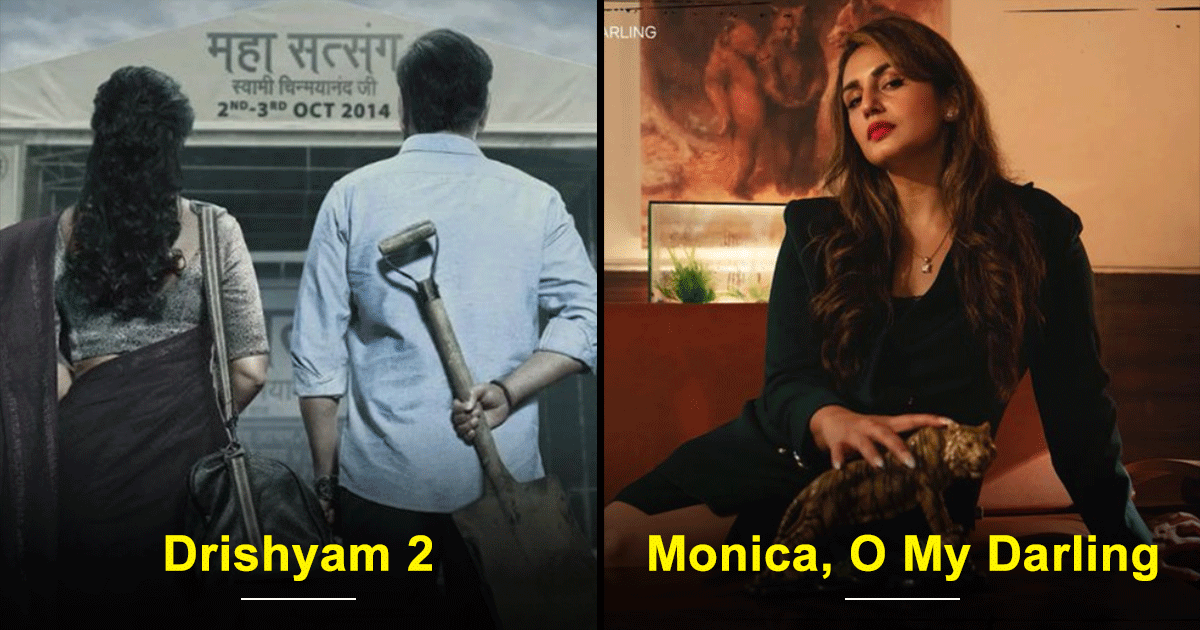 12 trailers for upcoming movies and shows we’re excited about

Even though the year is coming to an end, the pace of the next films does not seek to slow down. And we’re not complaining at all. It looks like 2023 will bring a lot more, and the first glimpses, in the form of trailers, have certainly piqued our interest.

Trailers for upcoming movies hint at gripping stories and less explored genres. And here’s a list of some of the movies and shows we’re most looking forward to.

Double XL will show how two women deal with fat shaming on a daily basis and how their friendship encourages them to overcome these potential limitations.

In the action-adventure film, a once-atheist-turned-believer archaeologist will race against time to establish the veracity of the legendary “Ram Setu.” And before the forces of evil ruin India’s crucial cultural heritage.

The horror-comedy will portray Katrina Kaif as a ghost and give Ishaan Khatter and Siddhant Chaturvedi, who appear to be the Desi Ghostbusters, a mission. She will persuade them to eliminate a troubling Jackie Shroff or “Aatma Ram” in order to win the “moksh” of the spirits.

The trailer hints at an action-packed movie that’s being touted as one of the best spy thrillers of the year. In the film, Parineeti plays a RAW agent who crosses paths with Harrdy Sandhu, albeit on duty to save the nation.

Ayushmann Khurrana, Rakul Preet Singh and Shefali Shah to star in upcoming comedy-drama Doctor G, which takes place in a medical school. The film will follow a gynecologist on his journey and show the challenges he faces as the only male doctor in a class of female medical students.

Vijay goes to great lengths to protect his family when the disappearance of a police officer’s son threatens to bring ruin. Years later, with his confession to the crime, the sequel to the film will begin.

A talentless chef named Swathi Shetty is at the center of the dark comedy thriller and she is on a mission to save his restaurant. She hatches a credible plan to replace her spouse with her lover. However, the plan is threatened by an incompetent local inspector and some amateur crooks.

In the sequel, T’Challa’s role will not be recast and the focus will be on exploring Wakanda and its surroundings. In the aftermath of the death of King T’Challa, Queen Ramonda, Shuri, M’Baku, Okoye and Dora Milaje battle to defend their country from interference from international forces.

With the next mystery drama Enola Holmes 2, Millie Bobby Brown, Henry Cavill and Helena Bonham Carter will return to the screen. This time, Enola will tackle her first real case as a detective, but she’ll need the help of friends, as well as her brother Sherlock, to unravel the mystery of a missing girl.

Black Adam will almost return after 5,000 years after being punished for using his powers for revenge. In order to face the hero and his comrades from the Marvel Family, Black Adam, who was once portrayed as a supervillain, is making his way into modern times.

Nick Fury’s Dark MCU Side Will Hopefully Be Revealed In Secret Invasion. As Nick Fury fights to end an alien invasion unfolding in plain sight, Samuel L. Jackson’s hero is finally thrust into the limelight.