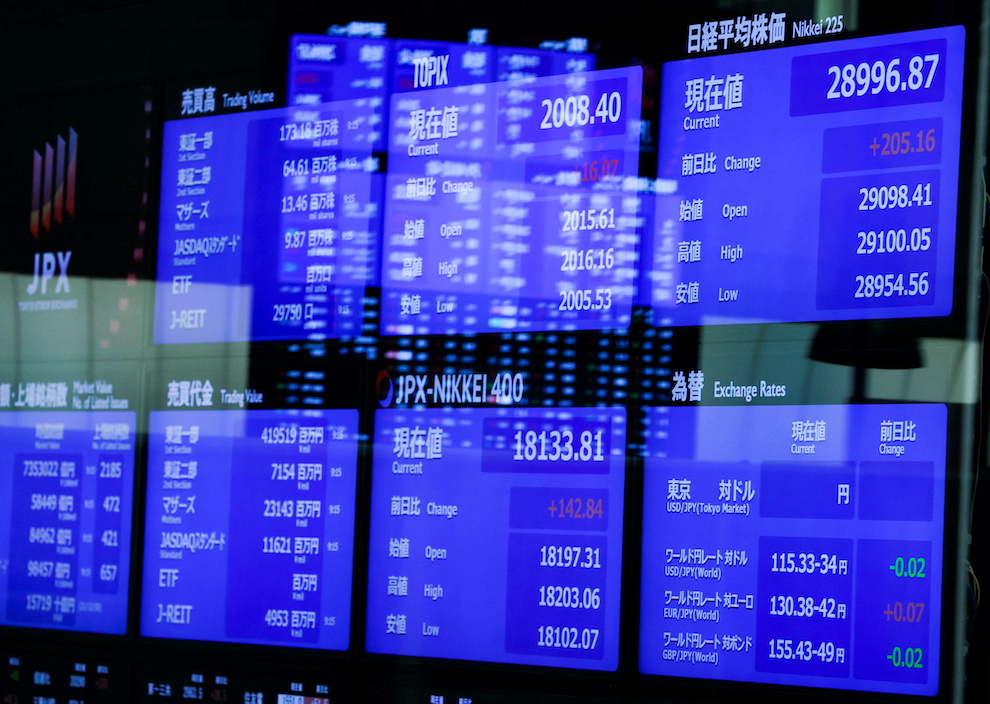 Major Asian markets gained hard-earned ground on Monday, but the mood remained volatile on trading floors, with China’s ongoing battle against Covid casting a long shadow over the region.

Blue-chip stocks in Tokyo rose on the back of Wall Street’s rebound in the previous session, but investors are nervous and watching developments in China closely. Hong Kong’s Hang Seng also took the lead.

Mainland China stocks, however, ended up falling after data showed the country’s economic activity cooled sharply in April due to its Covid lockdowns, with investors looking beyond Plan to reopen Shanghai in June and a drop in the mortgage rate for first-time buyers.

It comes as data shows new bank lending in China hit its lowest level in nearly four-and-a-half years in April as the pandemic rocked the economy and weakened demand for credit.

Shanghai has laid out plans for the return of more normal life from June 1 and for the end of a painful Covid lockdown that lasted more than six weeks.

To support the real estate sector, the central bank lowered by 20 basis points the lower limit of interest rates on mortgages for first-time buyers, based on the Loan Prime Rates.

European stock indices opened lower on Monday after oil prices tumbled and riskier currencies took a hit in Asian sessions as weak economic data from China highlighted fears of a slowdown in the economy. the growth.

The MSCI World Stock Index, which tracks stocks in 50 countries, was flat on the day but still holding above last week’s lows.

Oil prices fell as investors took advantage of a rally in the previous session.

Bitcoin was trading at around $29,532. Last week it plunged to $25,401.05 – its lowest since December 2020. Already hit by declining risk appetite, cryptocurrencies sold off last week when a popular stablecoin, TerraUSD, collapsed and lost its dollar peg.

Sean O’Meara is an editor at Asia Financial. He has been a newspaper man for over 30 years, working for local, regional and national titles in the UK as a writer, sub-editor, page designer and print editor. Passionate about football, cricket and rugby, he is particularly interested in the financing of sport.