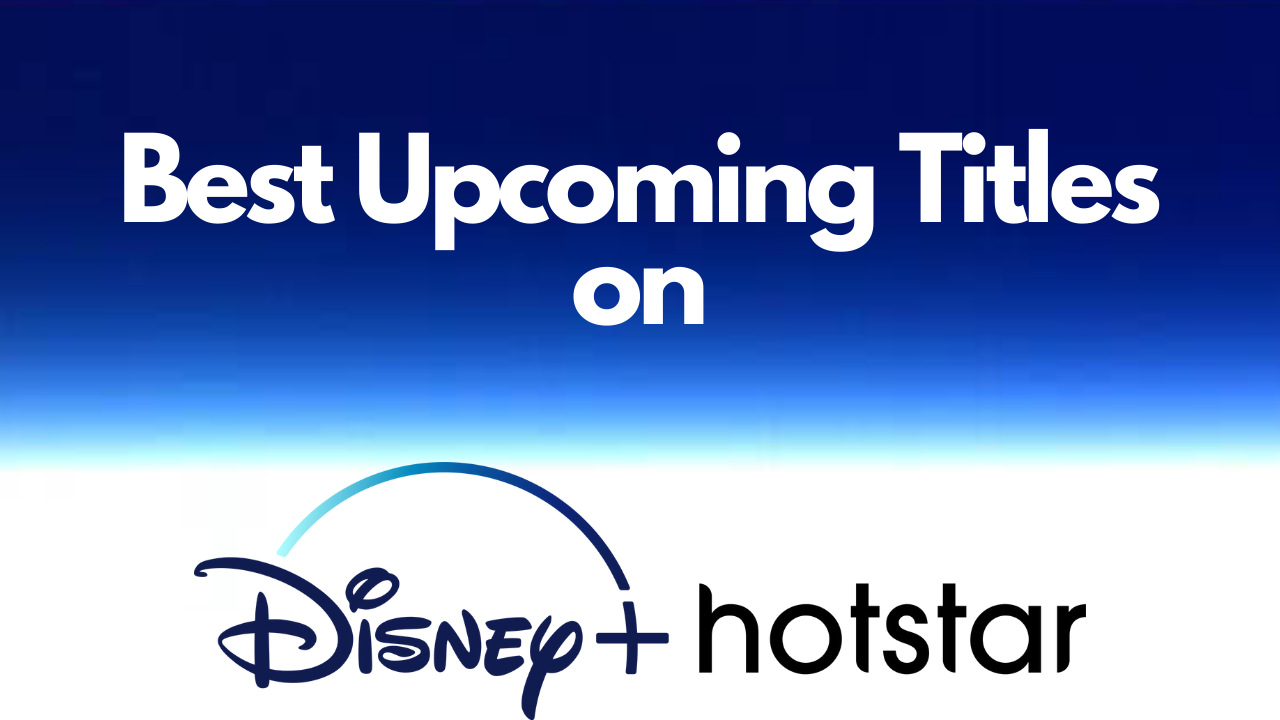 Disney+ Hotstar has gained great fame lately for its hit exclusive series and movies. Marvel has largely contributed to the success of the platform with series like WandaVision, Falcon and the Winter Soldier, and a recent one called Loki. Marvel has a huge fanbase and Hotstar obviously took advantage of that. Not only these, but Hotstar also has a few more shows in the works. Here are the best movies and series coming to Disney+ Hotstar:

Marvel’s Eternals, which hit theaters in November, will begin streaming on Disney+ Hotstar from January 12, 2022. The Eternals are a race of immortal beings with superhuman powers who have lived on Earth in secret for thousands of years. Now they come together to fight the evil deviants as they return to earth.

Better Nate Than Ever stars Lisa Kudrow, Joshua Bassett and more. It’s the story of Nate Foster who struggles to land roles in his college drama productions as he dreams of becoming a Broadway star. The film is slated for release in the spring of 2022.

The film “Cheaper by the Dozen” is about two parents who find themselves overwhelmed by their attempts to keep their ten children under control and on their best behavior. The film will be released on Disney+ Hotstar in March 2022, however, an exact date is yet to be confirmed.

She-Hulk is an upcoming series from Marvel Studios that will consist of 10 episodes and is slated for release in 2022. It revolves around the story of lawyer Jennifer Walters, cousin of Bruce Banner, who inherits her Hulk powers after receiving a blood transfusion. from him. The difference between her and her cousin is that she is able to retain most of her personality, intelligence, and emotional control even after her transformation into the Hulk.

Arangi Re is an upcoming Indian Hindi musical romantic drama film directed by Aanand L. Rai. The film stars Akshay Kumar, Dhanush and Sara Ali Khan. It is about a Tamil boy who meets a girl from Bihar and what follows is a love story for the ages. Additionally, a non-linear narrative of two romances unfolds in parallel from different timelines. The film will stream on Disney+ Hotstar starting December 24.

Moon Knight is another Marvel series to be released in 2022 and is about Marc Spector who suffers from dissociative identity disorder and is drawn into a deadly war of the gods with his multiple identities. The series will consist of six episodes in total.

The Ice Age Adventures of Buck Wild is an American adventure comedy upcoming in 2022. It has a Disney+ premiere date of January 28, 2022. The film revolves around Buck, Crash and Eddy trying to prevent the lost world to be the dominion of the dinosaurs.

Disenchanted is the sequel to the 2007 film Enchanted and revolves around Giselle, who after ten years of being happily ever after, questions her happiness, inadvertently turning the lives of those in the real world and Andalasia upside down. The musical film is set to be released in the fall of 2022.

Rudra: the border of darkness

Ajay Devgn’s first ever crime drama web series ‘Rudra’ will be released on Hotstar and will be shot in Mumbai later this year. This series is Ajay Devgn’s first web series and is among the most anticipated upcoming movies and shows on Disney+ Hotstar. The actor defined the show as “compelling” and “intriguing”. The series will also star Esha Deol and will also be her digital debut. The series is a remake of the hit British series – Luther.

Starring Pratik Gandhi and Richa Chadha, the “Six Suspects” web series will be based on the novel of the same title by renowned writer Vikas Swarup. The series is a thriller murder mystery that revolves around the estranged boy of the Home Secretary of Uttar Pradesh. There’s no concrete release date yet for the web series, but it could come out before the end of the year. It will be directed by Tigmanshu Dhulia.

Far from the Tree is about a young raccoon who will learn that even though there is reason to be afraid, while danger lurks around every corner, it is still possible to live with an open heart. . Disney+ has announced that the short film “Far From the Tree” from Walt Disney Animation Studios will arrive on the streaming service on Friday, December 24. Again, it is unclear if it will air in India at the same time.

The Book of Boba Fett is an upcoming American television series that will air on Disney+ starting December 29. On the sands of Tatoonie, Boba Fett and Fennec Shand attempt to make a name for themselves in the galaxy’s underworld by taking over territory once controlled by Jabba the Hutt.

The plot of Escaype Live revolves around the lives of five ordinary Indians who try to use a popular live streaming app, in order to achieve fame and fortune overnight. It features Siddharth Suryanarayan as the main character along with Javed Jaffrey as well.