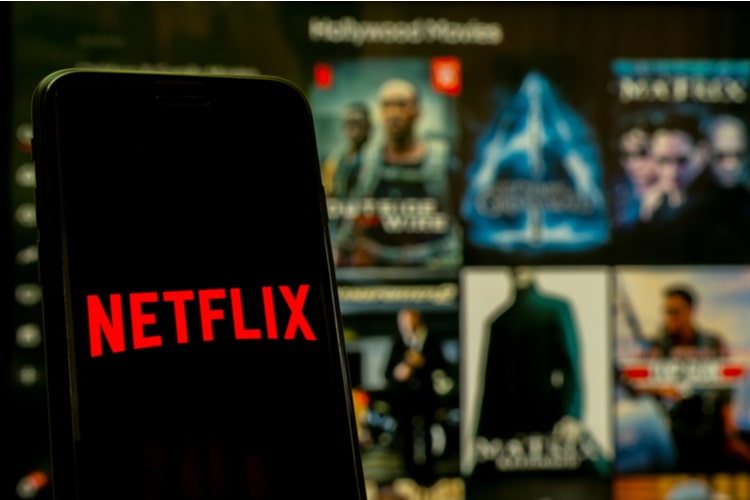 Along with giving us a first look at the upcoming TV series on Netflix, the Tudum 2022 fan event also showcased some of the new movies and sequels coming to the streaming platform. With Elona Holmes 2 and Glass Onion, we have amazing followings and new titles like Jennifer Lopez-star The Mother, we’ve got it all covered in this list. So without wasting time, let’s take a look at all the new upcoming movies announced during Netflix Tudum 2022.

Millie Bobby Brown reprises her role as Enola Holmes in this Netflix sequel. In this second installment, she is seen struggling to find a case to prove herself worthy of the Sherlock family name. Finally, Enola picks up the case of the search for a missing girl, and things start to unravel across London, filled with chases and plenty more suspense factors.

In the meantime, we see his brother Sherlock Holmes (Henry Cavill), brooding and vexing over a case, and it’s revealed that the two cases are somehow connected. The genius duo team up to solve the unsolved mystery, which should make for an incredible watch. The film also stars Helena Bonham Carter (Eudoria Holmes), Louis Partridge (Viscount Tewksbury) and others.

The trailer gave us a look at the film, as well as behind-the-scenes footage and interviews with the three main cast members. The plot hasn’t been revealed much, but it seems to follow the life of CIA agent Rachel Stone. The attached teaser above gave us a taste of this spy action flick, with intriguing chases, explosions, cool fight scenes, and more.

Netflix has released a new trailer for a new dream movie called Slumberland, starring Jason Momoa (Flip) and Marlow Barkley (Nema). The short teaser shows Flip and Nema discussing the three rules of the dream world as they embark on an adventure to find the missing pearls in this mysterious dreamland. The plot also revolves around Nema’s desire to see her late father again as they travel through this dreamland.

Netflix has released new behind-the-scenes footage from the upcoming ‘Pinocchio’ movie. Guillermo del Toro appears in the video, giving us a look at the film as well as Pinocchio’s beautiful stop-motion shooting process and how they brought the character to life and soul.

Guillermo also mentions how important this fable is to him and how hard he worked to make his latest Netflix incarnation look especially good.

A new first look at Chris Hemsworth’s upcoming Netflix movie, “Extraction 2,” shows us some behind-the-scenes and production footage from the film. Director Sam Hargrave promises to deliver twice as much action as was shown in the previous film.

The trailer also reveals new information about how they managed to film more “oners” (a scene that appears to be a single continuous shot). Meanwhile, Hemsworth is back in action and the film is being produced by the Russo Brothers through AGBO Productions.

The first trailer for Netflix’s new sci-fi comedy ‘They Cloned Tyrone’ stars Jamie Foxx (Slick), John Boyega (Fontaine) and Teyonah Parris (Yo-Yo). The trailer begins with a shot of the trio entering an elevator, singing, and discovering a hidden lab, setting off a series of bizarre events involving a government conspiracy.

The film is set in the 1970s and features fashionable characters that transport us back in time. Juel Taylor will make his feature directorial debut with this film.

The new teaser for the upcoming Netflix movie “The Mother” shows American singer Jennifer Lopez as a John Wick-esque assassin who comes out of hiding to protect her daughter, whom she abandoned years ago. The teaser focuses on Lopez’s badass portrayal of a deadly assassin, complete with scenes training and gathering all of his weapons for all-out war to protect his daughter.

The film is directed by Niki Caro and stars Joseph Fiennes (The Handmaid’s Tale), Omari Hardwick and Lucy Paez as well.

Glass onion: a mystery at loggerheads

The Tudum 2022 fan event also brought us an exclusive new clip for Glass Onion: A Knives Out Mystery, Netflix’s highly anticipated movie of the year. Rian Johnson appears in the video, explaining how he weaved another thrilling mystery thriller into the Knives out universe.

Introducing us to a group of friends (the suspects) who are tasked with solving a complex puzzle received from their close friend Miles Bron (Edward Norton), and once the puzzle is completed they are invited to his private island. He sends them a message encouraging them to hone their puzzle-solving skills as they prepare to solve the mystery of his murder.

At the end, we also see our favorite Detective White (Daniel Craig) say: “Ladies and gentlemen, this invitation is not to be taken lightly.”

The official trailer for the upcoming Netflix movie ‘School for Good and Evil’ is based on the book of the same name by Soman Chainani. It follows Sophie and her best friend Agatha as they study in a unique school, where boys and girls are trained to be heroes and villains who maintain the balance between good and evil.

We see how each character’s power works at Magic School in this short clip, followed by an introduction to our two main characters, Sophie (Sophie Anne Caruso) and her friend Agatha (Sofia Wylie). Caruso kills in his wicked gaze, and his adventures at magic school can be seen soon, as the film drops next month.

So yes, that’s the list of new movies coming to Netflix in the coming months. I’m excited to see Johnson bring to the table with the Knives Out sequel, but Lopez, as an assassin trying to protect his daughter, intrigued me as well. What films announced during Tudum 2022 are you looking forward to? Let us know in the comments below.