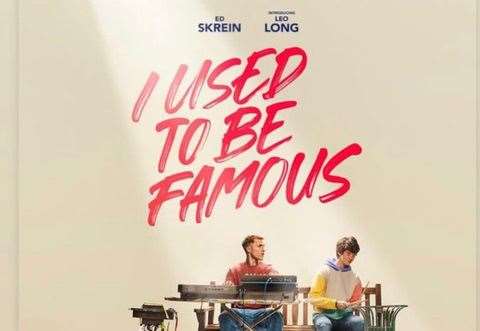 There’s a lot going on for Newbury multi-instrumentalist and Big Boss Man frontman Nassa Bouzida aka The Bongolian.

Their Sea Groove, which has nearly seven million streams on Spotify, is featured in the new Netflix film I Used to be Famous, which launched in cinemas a week ago. The film, directed by Eddie Sternberg, became the fourth most popular English-language Netflix film worldwide this week.

The plot involves Vince (Ed Skrein), who was part of the hottest boy band around. Now he is alone and desperate. An impromptu jam with Stevie (Leo Long), an autistic drummer with an incredible gift for rhythm, sparks an unexpected friendship and together they form a unique bond through the power of music.

Sea Groove is taken from Big Boss Man’s debut album – Humanize – on Blow Up Records and is released by Blow Up Songs, originally released in 2000. Big Boss Man formed in Newbury two years prior and played their first concert in the city. central pub Le Dauphin. The group recently headlined one of the stages of the prestigious Gambeat Festival in Barcelona. https://www.netflix.com/gb/title/81426667

The Bongolian is Nasser’s solo work and he has released six albums with Blow Up Records. The latest is Harlem Hipshake who finds him deeply immersed in his lifelong love of music from the 60s New York Latin Soul scene, particularly the music of Ray Baretto, Mongo Santamaria and Joe Bataan. It is available now in 180g clear vinyl, black vinyl, CD and digital.

Primarily a drummer and percussionist by trade, Nasser has once again delivered another set of heavy breaks and percussive grooves that underpin this brand new collection of songs he has written and produced.

On October 28, he will host a local launch party for Harlem Hipshake at Arlington Arts.

Nasser has also recorded a Reggae/Ska album titled The Return Of The Loafer, going back to his skanking roots and it will be released on Spanish label Liquidator music in 2023, https://www.liquidatormusic.com

Roxy Storm will also join The Bongolian and co. on stage for sensational acrobatic dance moves.

Nasser will be exhibiting and selling his original hand-painted psychedelic designs inspired by the 60s (https://www.etsy.com/uk/shop/BongolianArtCompany) which will take you on a “magical and mysterious tour of color and form “.