Preview of the film: ‘The Lighthouse’ | Movie previews 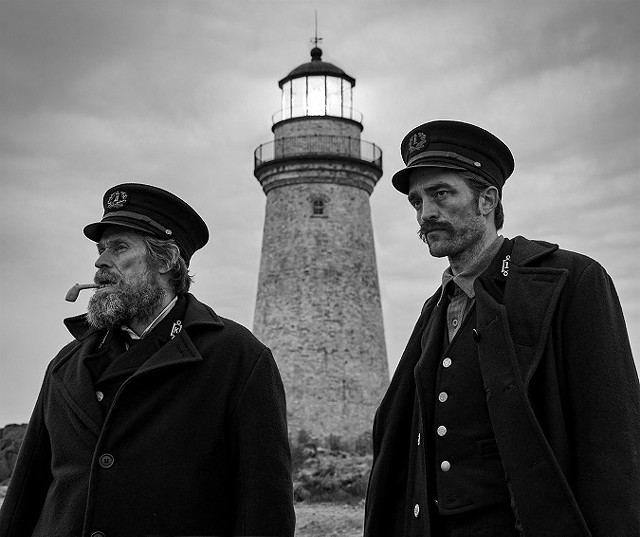 Preview of the film: ‘The Lighthouse’ | Movie previews

Robert Eggers’ debut feature, “The Witch” of 2015, was a horror film steeped in 17th-century folklore, so much so that it was like the kind of tale the Puritans might tell to scare people away. each other and not stray from the right path.

As a filmmaker, Eggers has an attention to detail that creates an immersive quality in his stories, giving the feeling that we are slowly immersing ourselves in his crazy world with the characters. Even those who don’t necessarily enjoy his films would be hard-pressed to say that they aren’t, to say the least, triumphs of mood and atmosphere.

The crazy, dark and dark-humor fable “The Lighthouse” is his latest; a feverish black and white dream that follows two lighthouse keepers, played by Willem Dafoe and Robert Pattinson, in their slow descent into madness on an outpost on a remote island.

The film begins as Ephraim Winslow (Pattinson) arrives on this mysterious island in what appears to be New England in the 1890s, although the film never specifies. He’s here for a four-week stint, hoping to make some quick cash working under the guidance of crisp old sea dog Thomas Wake (Dafoe, making his best impression of the sea captain from “The Simpsons “), the coarse, flatulent senior wickie, or lighthouse keeper.

While Winslow takes care of the back-breaking manual labor, Wake takes the night shift less physically intense (although he still retains sleep long enough to bark his criticisms of Winslow’s work). He sleeps all day to keep the light on at night, equipping the beacon for all passing ships. Wake never allows Winslow to see what’s on top of the tower, firmly holding the key that gives him access to the room and the secrets it contains.

During their rare downtime, Wake regales Thomas with winding tales of sea monsters, mermaids, and a few sailors’ songs. They drink horrible concoctions made from what appears to be honey and kerosene to avoid stagnation. “Boredom makes bad guys,” Wake warns grimly.

We finally learn that his last assistant has passed away, shortly after he went mad. And seeing the isolation the men endure, alone on a heap of barren rocks, with nothing but salt water and fog surrounding them, it’s not hard to see why. Soon, Winslow begins to have increasingly sexual visions of a mermaid washing on the shore and signs of a supernatural world lying just off the story map.

The two bicker and snip endlessly, and spirits heat up with only the disconcerting and intrusive seagulls for company on their desolate heap of rocks. But as annoying as the birds can be, Wake insists it’s no luck killing one, claiming they carry the souls of sailors who died at sea within them.

Paranoia and madness bubble slowly in the men, then with unstoppable force as it mingles with their deep-seated rage and guilt. As they lose their already tenuous grip on reality, the film delves into the surreal – fitting for a story bursting with moments of mythical grandeur and Lovecraftian horror.

As miserable as these two men are, watching them is always a delight. The screenplay – written by Eggers and his brother Max – gives Pattinson and Dafoe two indelible characters to dig into, and the two actors deliver exquisite performances.

Eggers’ meticulous cinematic art is always in the spotlight. Cinematographer Jarin Blaschke shoots in 35mm, using mainly natural light. The stark black and white photography captures every textured detail, throwing us into darkness and mud. Expressionist shadows add to the theatricality of the story’s silent film, and the 4: 3 square aspect ratio emphasizes a sense of claustrophobia. You can practically smell the salty sea air and the noxious damp smell of alcohol and stale old farts inside the whitewashed walls of the lighthouse.

There is also the impeccable sound design. The roaring winds and waves, the incessant foghorns and the shrill cries of seagulls in the distance. Above it all is Mark Korven’s incredibly jarring score, cultivating an air of intense unease.

Exactly what all of this means is never clearly explained. His deeply bizarre and haunting mania does not make “The Lighthouse” the most commercial or attractive period in cinema. I can see the film making many viewers as foolish as its characters, but just as many (myself included) will no doubt fall under its hypnotic spell.