Preview of the film: ‘The Peanut Butter Falcon’ | Movie previews 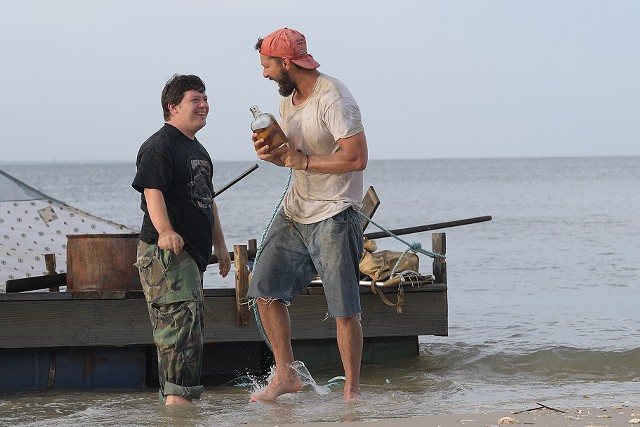 Preview of the film: ‘The Peanut Butter Falcon’ | Movie previews

It’s hard not to cringe upon hearing the description of “The Peanut Butter Hawk” initially. With his title conscious twee and an intrigue involving an unlikely friendship that develops between an outlaw fisherman and a young man with Down’s syndrome obsessed with wrestling as they navigate the southern United States, it seems on paper that this is the type of film that gives American independent cinema gets a bad rap. One imagines a cutesy and cynical exercise in pulling the sensitive cords of its audience with little else to offer.

It is therefore a pleasant surprise to announce that the film turns out to be a real joy. It’s sweet and heartfelt, and first-time writer-directors Tyler Nilson and Mike Schwartz handle a potential minefield with disarming sensitivity.

Zak (Zack Gottsagen, who is making his acting debut) is a 22-year-old man with Down syndrome. Abandoned by his family and without a guardian to provide him with adequate supervision, he was sent to live in a nursing home simply because no one can find a better place to put him.

He spends his time obsessively watching old VHS tapes starring his idol, the professional wrestler known as The Saltwater Redneck (Thomas Haden Church) and dreams of one day going to the aspiring wrestlers’ training camp. that his hero leads in the countryside of North Carolina.

And so, with a little encouragement from his old roommate (Bruce Dern, always a delight), Zak comes out of his room and sets off in pursuit of his dreams.

He ends up hiding in a boat owned by Tyler (Shia LaBeouf), an unlucky crab fisherman who seeks to escape his own troubles. He agrees to help Zak on his journey, and with some inspiration from “The Adventures of Huckleberry Finn”, the two set off down the river.

Charged with finding Zak by her superiors, a caring and sympathetic administrator named Eleanor (a charming Dakota Johnson) sets out to find the runaway. Meanwhile, Tyler is pursued by a dangerous pair of trappers (John Hawkes and rapper Yelawolf, menacing in their rather underdeveloped roles) in revenge for the wrongs he has done to them and their business.

“The Peanut Butter Falcon” aims to be a feel-good movie, part a mismatched buddy comedy and part a road trip film. We follow Zak and Tyler’s episodic adventure as the “Two Runaway Bandits” drift wherever the river can take them and encounter various strange characters along the way.

LaBeouf comes with more than his share of off-screen baggage, but there’s no denying that the guy can act. He’s a wonderful performer, investing his character with a raw vulnerability that bubbles up as we see Tyler still mourn the death of his older brother (played in flashbacks by Jon Bernthal). It makes us believe in the character’s arc, the reluctant acceptance of his new role as a reluctant guardian blossoming into something closer to family affection. Two people in search of a human bond, the bond formed between the couple gives the film its solid foundation.

But none of this would work as well as without Gottsagen. Nilson and Mike Schwartz met the artist at a camp for disabled actors before deciding to build a script around him, and it comes naturally to the screen. His presence helps ensure that his characters are not just a tool for stimulating change in others. He is a completely developed and complicated individual; a desperate young man looking for a chance to finally experience life. The script doesn’t condescend him, never ask us to pity his character, and allow him to be funny without becoming the butt of the joke.

Ultimately, the film’s plot machinations don’t unfold in particularly surprisingly ways, but its realistic, rough Outer Banks setting pairs surprisingly well with an almost fable tone. Even when its climax threatens to overwhelm us with artificial resolutions, the story’s emotions seem honest and deserved. A joyful story told with warmth and care, “The Peanut Butter Falcon” is a heartfelt story about people who rediscover their own self-esteem and, seeing themselves through the eyes of another, learn the value that they still have to offer the world.