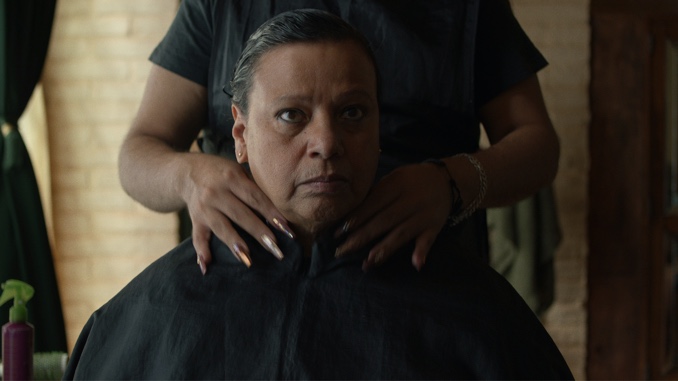 The lush, rolling hills of western Mexico set the scene for Juan Pablo González Dos Estaciones, the director’s first foray into narrative cinema. Specifically, the rows of agave plants that dot these highlands are what set the film apart, as the succulent’s most prized by-product – tequila, named after the town of Jalisco in which it was first distilled – is the lifeblood of the film’s namesake. , a tequila factory named Dos Estaciones. González takes his time to bring the characters and their motivations to the fore, savoring the details of the laborious process inherent in producing the coveted spirit paired with the surrounding natural beauty of his home country. Growing up in Atotonilco El Alto, Jalisco, across from a tequila factory owned by his grandfather, González imbues the film with intimate touches gleaned from a native of the state and its most lucrative industry, blending his narrative sparse but moving with the typical observing eye of his earlier documentary work.

The director’s personal history is also evident as part of the titular tequila factory, which is actually owned by González’s extended family. However, for the purposes of Dos Estaciones, the owner of the factory is María García (a superb and moving performance by Teresa Sánchez). She watches everyone—from the farmhands to the women who hand-stick stickers to every bottle—with brusque frankness, but is clearly respected and admired by her laborers despite her inability to promise paychecks on time. Despite gruff demeanor and dwindling finances, María is a beloved pillar of her community: she lends her own gear to workers, regularly supports other local businesses, and even attends birthday parties for her employees’ children. It is during one of these receptions that she meets Rafaela (Rafaela Fuentes), a young woman who is new in town and looking for a new job. Ironically, she was recently fired from her managerial position at a tequila factory (a profession that Fuentes actually does), and María is immediately charmed. She hires Rafaela right away, hoping she can ease her administrative problems so she can focus on other setbacks, like a plague decimating the agave crop and U.S. tequila companies siphoning off precious resources and threatening to bankrupt it.

Although it could easily have relied on the methodology of artisanal tequila production, Dos Estaciones is most concerned with the intricate details of work essential to the process, from cultivation to consumption. We are first introduced to the field workers extracting the piña in the heart of the factory, then follow María as she enters the factory to oversee the bottling process. The rest of the film intersects with other vital steps in the distillation of tequila: the cooking of the piña, the shredding of the still-steaming fruit into a pulp and the extraction of its juice, the long aging in oak barrels and finally the taste of the product. The presence of laborers – their gloved hands manipulating agave on a conveyor belt in one particularly compelling segment – ​​is never absent. This may be María’s story, but the weight of her employees’ contribution is never overlooked or denied. Even within the larger ecosystem of the city where the factory is located, the work that generates income and community is constantly highlighted. Most prominent is Tantín (Tantín Vera), a hairstylist regularly tasked with keeping María’s signature masculine cut cool, who the public sometimes follows in her own day-to-day business ventures. Even auxiliary characters have detailed insight into their livelihoods. When Tantín visits the butcher, DP Gerardo Guerra pans his camera to capture the action of slices of meat hanging on hooks. During the birthday party of this same child, the spectator lingers behind the head of a waiter in charge of taking the photo of the celebrating family. The film’s commitment to realism means that no community-supporting effort goes unnoticed, a docu-hybrid twist that flouts the oppressive singular focus of most narrative films. However, emphasizing these work dynamics also helps add complexity to María’s character – she has the relative luxury of being a taskmaster who commands employees, but also bears the crushing burden of a family business whose lineage is likely to end with her. Yet she doesn’t even have the luxury of relationships seemingly fundamental to a family business, as she lives a largely isolated life without any relatives to support her economically or emotionally. Perhaps that’s why she subtly clings to the affections of Rafaela, who seems to revitalize her factory, her workers, and even María’s heart.

Although there is never any open disclosure regarding María’s sexuality, her butch style and macho-adjacent demeanor—suspended only in Rafaela’s presence—communicates a remarkable but subtle weirdness. The same goes for Tantín, a transgender woman whose identity is never clearly mentioned, even during a beautifully shot sex scene with a tender lover. Executives of both identities also never place them in disadvantageous or dangerous positions in their communities, clearly valued for the services they provide and the support they in turn give to other businesses. There’s almost a radical flippancy about the existence of LGBT characters in Dos Estaciones, a decision surely influenced by the director’s frustration that the rural landscape of his hometown is often wrongly labeled as intolerant and ignorant. Yet by casting multiple non-actors and allowing them to imbue their roles with their own lived experiences – as well as the added insight added by Ana Isabel Fernández and Ilana Coleman, who co-wrote the screenplay alongside González – there is an effort to produce something more faithful to the female and queer Mexican experience than what is usually presented through depictions of rampant violence and trauma.

In all, Dos Estaciones is Mexican slow cinema that challenges conceptions often projected about the country by Americans, while simultaneously critiquing the role played by the United States in destabilizing a vital industry in its financial and cultural infrastructure. Whether a tequila factory is owned by American corporations or a local independent business, those responsible for the painstaking process of making tequila will likely always be Mexicans. What was once a mode of production that sustained a community is now seeing its resources depleted, with all earnings going into a company’s pocket instead of the land that grew it – certainly something to keep in mind. mind before buying Kendall Jenner’s recently launched tequila brand.

Natalia Keogan is a freelance screenwriter based in Queens, New York. His work has been featured in Pastry, blood knife and Director magazines, among others. Find her on Twitter.